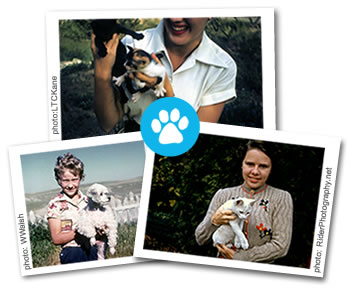 We love preserving family memories, but to date we’ve overlooked a furry fixture of many people’s families and childhoods: a beloved pet. Well, pets need to be remembered, too!

So this weekend at ScanCafe, we are celebrating the upcoming Pet Owners Day by asking folks to share a memory of a pet who was special to you in the past.

42 thoughts on “Honor our furry friends”